[This page is a work-in-progress, and will ultimately move to its own website]

No more funerals. Help the living instead.

To be the “someone” when “someone needs to help….”

To work both ends of the drug equation. Get rid of the dealers, help the addicted through recovery.
Create a central charity/foundation – small as possible with little bureaucracy, focused on larger donations, then distribute money to people and projects locally.

Help individuals and their families raise the money they need – using crowdsourcing.

Be a central voice coordinating interactions with local police forces – helping them, and pressuring them, to take action.

Use Facebook and social media to promote and coordinate appeals and other local efforts.

Assistance:
To work with the families of addicts to get their loved ones into treatment.
“We understand that drug addiction is a medical issue and those people caught in its vice need our understanding and our help.”

Operations:
1) A board of directors plus members, in a traditional charity setup – focused on fundraising and coordinating efforts. Funds used for immediate financial support – for example, getting an addict into a rehab center immediately. Additional monies distributed equally to ongoing crowd-sourced appeals.

2) The wider community will be encouraged to support individuals/families on a case-by-case basis, through the use of online crowd-sourced appeals – gofundme, kickstarter etc. Extensive use of social media. Also coordinate efforts to work with local police.

Hampstead’s town hall has played host to numerous public meetings on the topic of drugs and addiction over the past few years, but the meeting scheduled there for 7 p.m. Tuesday will be one of a kind. The North Carroll Opioids Provider meeting will bring together the law enforcement, recovery and community together along with some voices that are seldom heard, those of the physicians who prescribe opioids in their practice, and the pharmacists that dispense them.

Howard County is creating a new position in the county’s police department to fight heroin and opioid addiction.

The position is funded by a $70,000 grant from the Governor’s Office of Crime Control and Prevention, an office that advises Gov. Larry Hogan on criminal justice strategies.

According to the county’s police department, heroin-related deaths doubled from 8 to 16 between 2014 and 2015. Last year, most overdose deaths involved heroin.

The US is in the throes of a heroin and opioid epidemic – drug overdose has become the leading cause of accidental death, overtaking traffic accidents.

It is a health crisis with tentacles reaching across the social spectrum. Lorain County, in the state of Ohio, is mostly suburban and middle-class, with a large rural hinterland.

Its population is only 305,000 but for the last three years, the number of fatal opiate overdoses has hovered at around 65. This year it only took six months to reach that figure.

Avon Lake is the county’s wealthiest community – an upmarket suburb of the city of Cleveland.

Daniel Joseph Wolanski, (DJ) age 24, passed away at his home in Mahoning County on April 20th, 2015 as the result of a heroin overdose.

DJ was born October 14, 1990, the son of Michael and Lisa (Luznar) Wolanski. The family moved to Avon Lake in 2004. He graduated from ALHS in 2009 and attended one year of college at the University of Cincinnati, until his parents pulled him out due to failing grades. Shortly thereafter, DJ’s addiction took over.

DJ will always be remembered for his comical and charismatic personality, his ability to engage an entire room with his fantastic smile, and his love of dancing, playing video games, Star Wars, movies and the Cleveland Browns. Over the course of DJ’s life, he made many bad decisions including experimenting with drugs. Unfortunately, his five year addiction and battle with heroin took over. His family and friends truly loved him and tried everything from being supportive to tough love as he struggled with his own inner demons and heroin.

Around 45 people gathered on Wednesday evening in the Baker Park Band Shell for a candlelight vigil to mark Overdose Awareness Day, an annual international event to raise awareness of overdoses and reduce the stigma of drug-related death.

It was one of the few awareness events in Frederick this year, despite what many attendees describe as an epidemic of opioid drug abuse in the area. According to the most recent data from the Frederick County Sheriff’s Office, there have been 206 heroin-related overdoses in the county since the start of 2016. Twenty-three of those overdoses have been fatal. 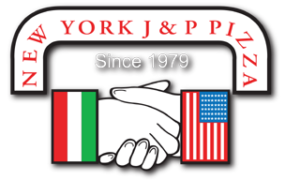 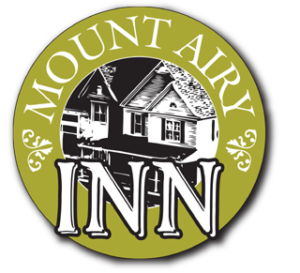